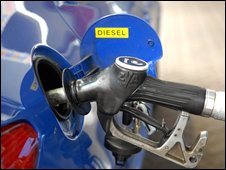 Talking fuel caps are being fitted onto Essex Police cars reminding officers not to fill up with the wrong fuel.

The force introduced the devices after it paid out £42,000 for repairs in five years because more than 200 cars were filled with the wrong fuel.

Automated messages will tell drivers whether their car is petrol or diesel.

A police spokeswoman said staff used a variety of petrol and diesel fuelled cars in a week. The device is one of several measures to combat the problem.

She said: “We have also fitted large yellow fuel flaps over the filling point, reminding the driver who has to lift them up to refill the vehicle with the correct fuel.”

Gavin Hill-Smith, from the AA, said there were about 150,000 incidents of people using the wrong fuel each year.